SURFING THE NET . . . AND OTHER MYSTERIES - Known Design Co 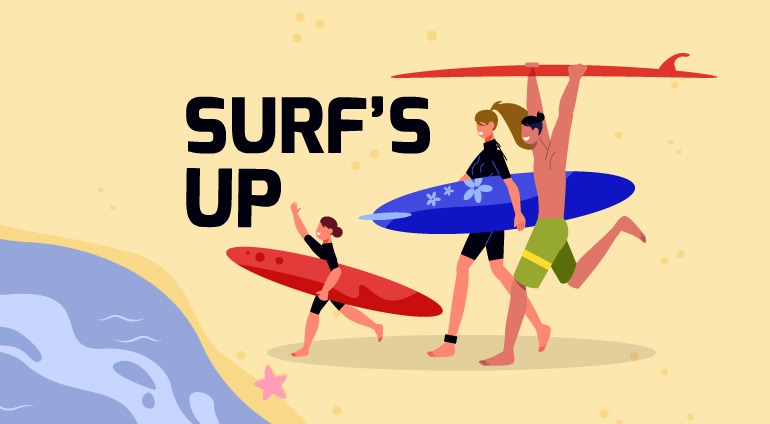 SURFING THE NET . . . AND OTHER MYSTERIES

Back in the day, in the dawn of time, the Internet was difficult to navigate. Jean Armour Polly decided to make it easier. You’ve got to remember that, at the daybreak of the ‘90’s, even getting access to a computer was challenging, never mind finding your way around inside it.

Jean Polly is a librarian. (Is it just me or are librarians life-changing wonder persons?) In 1991, she took the bold step of offering computer access to the public. The Liverpool Public Library in upstate New York became one of only two public libraries in the U.S. to do so.

In 1992, she wrote and published Surfing the Internet, a free guide for the nontechnical public. The guide became a respected resource. The name stuck.

It’s not as random as you think. In fact, one thing just led to another.

When thinking up a name for the guide, “I wanted something that expressed the fun I had using the Internet, as well as hit on the skill, and yes, endurance necessary to use it well. I also needed something that would evoke a sense of randomness, chaos, and even danger.” Oooooohhh.

At the time she was using a mouse pad that pictured a surfer on a big wave, with the words: Information Surfer. And so surfing the Internet was born.

Not so mysterious mystery solved, right?

Not so fast, Tiger.

Enter Mark P. McCahill. This Internet pioneer is also credited for having coined the phrase in 1992. McCahill knew a thing or two about the Internet, having led the development of the predecessor to the World Wide Web, the  Gopher protocol. (He went on to become an architect of 3-D learning and collaborative systems, with a major focus on virtual worlds.)

This is where it gets serious. In 1991, one of the early ISPs, CERFnet published a comic book about a superhero that flies on a magical surfboard. The name of the hero? Captain Internet.

(Clearly – and not just for the purposes of this story — CERF is pronounced surf.)

In The Adventures of Captain Internet and CERF Boy, she and her sidekick save the Internet from Count Crackula, who is intent on cracking the network.

But, you may know a different Captain Internet – Urban Dictionary would have us believe that there is one around every corner. A Captain Internet will quote obscure (and often incomplete) facts that briefly made headlines on the Internet sometime in the past. A common scenario is two or more Captain Internets arguing over who knew about it first.

BTW there’s also a Captain Broadband. Hero of the Internet. Pioneer of the Digital Wastes. Only not. From 2005 – 2009, and somewhat erratically, Captain Broadband attempted to improve the flow of broadband and promote the wonders of piracy. Thing is, he had no clue of his own destructive tendencies. But, I digress.

Back to the mystery of surfing the Internet. Internet pioneer, clever librarian, or Captain Internet? Vote now.