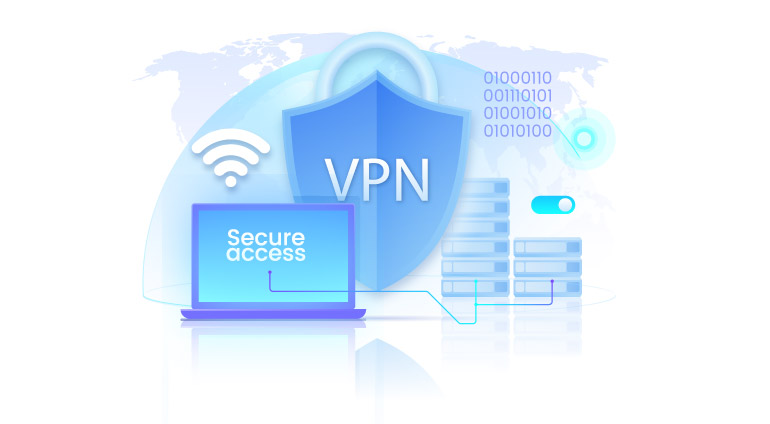 What You Should Know

Have you seen this VPN? No? Well that’s the point. When you hang out with VPN, nobody sees you — and that’s the point. (Geo-penalised internet users, pirates sailing the interwaves, and party introverts everywhere unite!)

Well hello, hello, hello, what have we here?
Clearly, VPN is an acronym. Yes, another acronym in a society already heaving with them. But, to be fair, we only give a website a flash second to load before bouncing, so who has the time to say Virtual Private Network?

VPN is encryption for your everyday convenience. It helps you keep your private information private, protecting it from third parties and cybercriminals.

Is there really a need for it? Should you be worried? Here’s the harsh truth:

“Huge corporations are selling data for profit. Hackers are stealing information. Governments are spying more than we realize.” dataprot.net

VPNs have been around since the 1990s. In the early days, they were mostly used by businesses…

How things have changed.

Today, nearly a third of internet users use a VPN, both for business and private use. The pandemic saw a significant uptick as remote online work requires a secure connection. And, when it comes to your data, the more secure, the better.

What’s a VPN for?
Say, for example, you want to hide your IP address from the sites you’re visiting: a VPN will do this at the click of a button. Why is this so useful? It allows you to access and download material that is not available in your location (like study material, apps or even censored news when travelling).

But let’s be clear (says in a firm voice), a VPN can’t be expected to do the same job as antivirus software. Keeping you safe when downloading compromised files, visiting phishing websites, or avoiding the scourge of the interwebs — malware & ransomware — is a task best left to your intrepid and indefatigable antivirus software.

Your antivirus is paid up and up to date, right?

Let’s hit some myths on the head. Yes, let’s.

Myth #1 VPNs are illegal:
VPN regulations come in 3 primary colours: legal; restricted; and banned. In most parts of the world, it is legal to use your VPN as a privacy tool. (For obvious reasons, countries heavy on censorship are not friends with VPNs.)

But let’s be clear (says in firm voice again), illegal activity is still illegal whether you use a VPN or a spoon.

• Don’t be creepy: no hacking, stalking or cyberbullying.
• Don’t be greedy: no pirating copyrighted content.
• Don’t be crazy: no buying or selling illicit goods on the dark web.

Myth #2 You don’t need a VPN because you’re a law-abiding netizen:
Your intentions may be crystal clear, but without a VPN you’re vulnerable to undercover hackers, trolls and other monsters.

Did you know that your internet service provider can see your browsing history? Even with https, they can see the entire domain address of the sites you visit.

Also don’t look now. The NSA, CIA, FPB and other 3-letter agencies may be spying on you right this minute.

Myth #3 VPN makes you untraceable, invisible, and invincible:
Here’s the thing . . . your VPN isn’t an all-powerful magician that will make all your online shenanigans untraceable.

There are times when you have to divulge some information. For instance, when you get customer support to troubleshoot, they need some info to help them help you. With ecommerce, some of your data has to be stored to make the purchase possible.

And then there are cookies. A VPN does not prevent cookies from tracking you as you go about your internet business. (Thankfully, there is private/incognito mode to stop this.)

VPN & being seen in public
VPN providers will tell you that free public Wi-Fi is dangerous: here there be dragons hungry for access to your personal data.

But that’s not the only danger.

If you ever do decide to sign-up for a VPN subscription, it must have one essential feature: a no-log policy. Believe it or not, some VPN companies keep a log of your data, which is exactly what you want the service to prevent. What?! Double standards.

Is a VPN for you?
It depends what you want it for. 😉

If you want to be 100% anonymous, don’t use the internet. Or wear that jacket  — you know the one — ever again.

**Known Design does not encourage or condone using a VPN in any way that would violate any T’s&Cs.